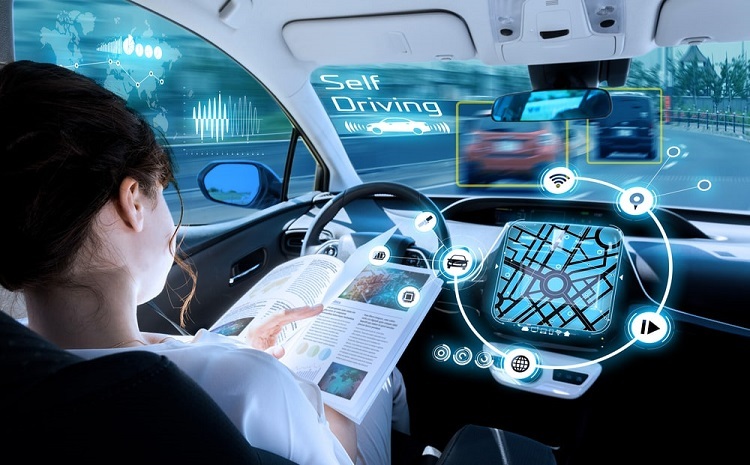 The world has dramatically changed with the evolution of technology, where it has become a vital part of our lives. Technology is one of the groundbreaking creations that humans have ever made. Throughout the years, technology has been increasing and improving. People have become more dependent upon the emergence of modern technology. It brings so much comfort and advancement in people’s lives, from transportation, transactions, banking, communication, education, medicine, production, and more.

The existence of machines, gadgets and appliances, the internet, and more brought significant development to the world. However, people often debate whether technology is good or bad. Nowadays, many people and companies keep on inventing because their only intention is to make life better. One technology that is continuously developing is automobiles. Car companies have been drastically changing over the years, where they welcome driverless cars in the future. Their most famous invention is the entire speeding up levels of vehicles with self-driving features, and it’s popular to this day.

The First Idea of Self-Driving Cars

Back to the middle-aged, before the invention of the car, Leonardo da Vinci made a self-propelled cart. Day Vinci uses a spring and program steering set to power his wagon. The first idea of driverless cars began in 1925. Francis Houdina invented the radio-controlled car and drove it to Manhattan’s street with no one on the steering wheel. It could perform primary functions such as launching engines, shifting gears, and honking. Motorcar manufacturers could invent the first car after so many years of trying.

What is a self-drive car, and how does it work?

Self-driving cars are vehicles designed to travel that don’t require human drivers. Sometimes, it is known as autonomous or self-driving cars. It operates with artificial intelligence (AI), cameras, algorithms, software, sensors, and radar.

There are a lot of sensors used in automotive cars, such as cameras, collision warnings, blind-spot monitoring. It also uses clouds computing platforms to identify and work upon the weather, traffic, maps, and surface condition data. Connectivity helps monitor the environment to make informed decisions. Car collected all the data and carefully analyzed it to select the best method of action. The primary purpose of a software algorithm is to calculate and process the data and for automated reasoning.

Levels of autonomy in self-drive cars

These are the cars mainly on the road with no driving automation where humans manually control it. The human or driver is entirely responsible for the action of the vehicle, like steering, accelerating, drifting, and any other activity to drive the car in any location. The zero-level cars only have safety features such as a backup camera, blind-spot alarm, collision warning, and automatic emergency braking.

At level 1, there is the lowest system automation. The driver and automated system are now joining in the car’s control. The vehicle now has adaptive cruise control to keep it safe from the next vehicle.

In level 2, there is partial driving automation where the vehicle can now operate a complex function. It can directly control steering, acceleration, and braking in some scenarios. However, the driver must not lose control or must remain alert to avoid unexpected dangers.

Is conditional driving automation. The car can now perform all the driving tasks under specific settings because it has a ‘situation sensor’ system. The driver can safely take away their attention from maneuvering. However, it still requires the driver to become cautious.

At this level, it is a high automation system. It is now solely capable of handling all driving functions and monitoring the environment routes. The automated system can handle sudden failure or notify the driver that they have already reached their operational limits. The vehicle doesn’t require a driver in most situations, but they can still control it manually.

This is the highest level of automation; it is full automation, which means there is no human intervention. Humans are just now passengers because the vehicle can drive itself everywhere in any situation.

Car crashes happen because of human errors, such as getting distracted, overspeeding, or being drunk. Automated cars will lessen cases of accidents and fatalities on the streets.

Autonomous cars use artificial intelligence and software to identify traffic jams on time and instantly detect detours and road fixing on the routes.

It saves time and increases productivity

Automated cars offer great convenience to people. For example, the vehicle will drop passengers at their destination, and the vehicle will look for vacant space and park itself. Passengers can have spare time to continue their work or easily do what they want inside an automated car, like reading, watching movies, browsing their phones, and more without worrying about road security.

The better mode of transportation for disabled or elderly

Self-drive cars will be reliable transportation for those people who can’t drive, especially those disabled and elderly. It will be easier for them to roam around comfortably without depending on other people, as the car will assist them.

Automated cars are electric vehicles that reduce the potential to use an engine or fuel.

The software system navigates the automated car. There is a glitch or error once they upgrade the program. As the technology is continuously upgrading, it sometimes encounters errors and may affect the system.

The vehicles monitor the details about the owner, and this is the possibility of hacking. The hacker will control the car entirely and may cause harm to the owner and passengers.

The equipment used in making high technology is costly. Developers or companies prepare large amounts of money for choosing the best materials needed. The cost of production is so high that is why it is expensive in the market.

Self-driving cars are killing the jobs in the labor market. Humans can no longer provide service as the automated car takes charge of it. It may affect the employment rate of the country and influence its development.

4 Ways a Cyber Security Breach Can Harm Your Small Business

Grow Your Business with a Mobile App